In this digital era, almost everyone owns a smartphone, and trend of photography is increasing day by day. We used to click photos on each occasion, and there must be plenty of photos stored in your computer. We do have many photos which you want to edit and give some extra beautiful look. If you are not a professional photographer, with just basic photography skills, then you might have issues with lighting, white balance, red-eye and more, so it’s a very good idea to have a photo editor for windows, so that you can edit and beautify your photos and images, without hiring a professional.

There are a good number of photo editing software for windows available out there, but most of them requires professional knowledge, like Adobe Photoshop and ImageReady have some advanced options which can’t be used by everyone else. So, to help you out here in this post we are going to tell you about some of the best free photo editing software for windows, which you can use to edit your photos.

By looking at its interface, you might think like it won’t offer much, but that’s where you are wrong. There are many advanced features in PhotoScape which can help you in editing your photos. PhotoScape is one of the best free photo editing software which have a viewer, editor, batch processor, Raw converter, file renamer, print layout tool, screen capture tool, colour picker, and more.

GIMP is another popular and easy to use open-source image editor which was originally developed for Unix/Linux, but later on the developers have rolled out a Windows version too. The interface and features of GIMP are very similar to Photoshop, that’s why in many areas it is also known as “Free Photoshop”.

LazPaint for Windows and Linux

If you are looking for a simple to use photo editor for windows, then you might like LazPaint, as there are so many options in this which are easily accessible. The most amazing thing about LazPaint is that it is available for Windows and Linux machines, so it really doesn’t matter which OS you are using. If you have worked on Photoshop before, then you will not face problem in using this tool too.

Before some time, this photo editing software was available for free, but now the company offer a free limited version of the photo-editing software PhotoPlus SE. You can download the free version of it, and if you have liked it, then you can upgrade it to PhotoPlus which costs around £26.68 and offers some extra advanced features.

We are using this tool from past few months, and believe us there is nothing which goes against it. It is just opposite of SherifPhotoPlus as it was available as paid before, but now you can download it for free from the official site. You can easily create, edit, enhance, print, and manipulate your digital photos and computer graphics using this freeware photo editor for windows.

If you want to adjust your photos and add creative effects to it, then you can download the Ultimate Paint Photo Editor for free. The user interface of this tool is simple, and it may not get awards for innovation or beauty. You can make this tool to work according to your needs and you can also detach the Tool Bar so that it floats free, as the Tools palette does.

This photo editing software is developed by Google, so you can rely on it for you basic photo editing needs. There is an option in this too to make collage, videos of your own using photos. Moreover you can also sync your photo using this too to your Google Photo Albums and there is a image viewer in it too which is quite awesome according to use. You can download Picasa for Windows, Macintosh, and Linux. This photo editing software also provides good red-eye removal, quick fixes and effects, and online sharing options.

Fotor is one of the most popular and trusted photo editing cross-platform software which can be downloaded for free. It also allows you to filter images, add effects, quickly edit them, and more. Unlike most paid software in the market, Fotor is simple to use and requires no photo editing experience. It really doesn’t matter how you want to display your photo creativity, Fotor has all the necessary tools you will need.Along with Windows, Fotor is also available for iPhone, Android, Mac, and as a Windows 8 app. 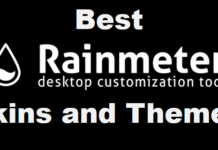 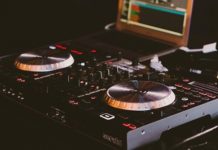 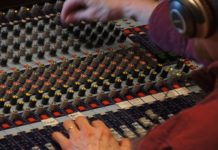